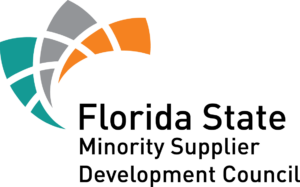 What is Minority Business (MB) classifications?

For years, we have had one premier certification that is nationally recognized: Minority Business Enterprise (MBE). We now have two new additional classifications that will allow us to serve more diverse businesses throughout the state of Florida. Our new classifications have created additional ways for diverse businesses to be part of our database and begin their path to becoming a nationally certified Minority Business Enterprise (MBE).

What is a Minority Business?

A Minority Business is a for-profit enterprise, regardless of size, physically located in the United States or its trust territories, which is owned, controlled and managed by minority group members. “Minority group members” are African-American, Latino-American, Native American, Asian-Pacific American or Asian-Indian American by birth and bloodline. “Ownership” by minority individuals means the business is at least 51% owned by such individuals or, in the case of a publicly-owned business, at least 51% of the stock is owned by one or more such individuals. Further, those minority group members control the governance of the business and manage its daily business operations.

What type of business is MB classifications for?

If you are a minority-owned business, but only interested in opportunities within Florida, MB classifications may be of interest to you.

What are the types of MB classifications?

There are two types of MB classifications: Registered MB and Listed MB.

What are the benefits of classifications for a Minority Business (MB)?

The Registered MB and Listed MB classifications are ideal for diverse businesses that want to be informed of upcoming bid opportunities, have access to FSMSDC networking and development events, and primarily focus on doing business throughout the state of Florida.

These classifications have a shorter processing time, lower fees and require limited documentation.

Benefits of MB classifications include:

What is the process to apply for MB classifications?

The classifications process for Registered MB and Listed MB are different.

The Listed MB Classification process is self-validated by the owner(s) of the business, which still must have 51% ethnic minority-ownership.

What is the difference between MB classifications and MBE certification?

Minority Business (MB) Classifications are a new way for diverse businesses to be in our database and begin their path to becoming a nationally certified MBE.

Minority Business Enterprise (MBE) certification is the premier nationally recognized certification for minority-owned business. Most supplier diversity programs will only contract with certified MBEs. The lack of MBE certification can mean the difference between having access to contracting opportunities and missing out. Becoming a certified MBE increases the odds of being included in and sought out for bid opportunities with corporations. This national certification is the best option for diverse companies looking to do business with corporations and government agencies around the country.

How can I learn more about the MB classifications?

A pre-classifications video is recorded and can be viewed at your convenience. The video is designed to provide potential MBs with critical information needed for the process. Topics of discussion include the application process, required documents, and fees.

As a Registered MB or Listed MB, will I be able to forgo the vetting process when I am ready to become MBE certified?

No, the MBE certification is separate and requires a more stringent process. The minority ownership status of a business is validated by the FSMSDC and its Certification Committee. The Committee determines, pursuant to the policies of the

National Minority Supplier Development Council (NMSDC), whether the approved business is owned, operated and controlled by a person (or persons) who is determined to be a minority group member. FSMSDC certification is in accordance with NMSDC guidelines. Click here for requirements.

How does a corporation benefit by doing business with a Registered MB or Listed MB?

Corporations may benefit from:

What is the National Minority Supplier Development Council (NMSDC)?

The National Minority Supplier Development Council (NMSDC) is one of the country’s leading business membership organizations. It provides a direct link between corporate America and minority-owned businesses. The NMSDC was chartered in 1972 to provide increased procurement and business opportunities for minority businesses of all sizes.

Which businesses are eligible to apply for classifications as an MB?

For purposes of Florida State Minority Development Council’s (FSMSDC) program, a minority group member is an individual who owns at least 1/4 or 25% of a business (documentation to support the claim of 25% is required from the applicant) and whose bloodline reflects an indigenous heritage from one of the following:

What groups are NOT eligible for the MB classifications?

Groups not eligible for MB classifications are those whose origins or heritage are of or from:

The qualification is more restrictive for the MBE certifications process. Click here for requirements.

Additionally, being born in one of the qualifying countries DOES NOT, by itself, qualify an individual as an ethnic minority for the MBE certification.

Do I have to be a US Citizen to qualify for MB classifications?

No, you do not have to be a US Citizen to qualify for MB Classifications. Additionally, green card holders/resident aliens may also qualify.

However, if you do decide to eventually apply for MBE certification, you must be a US citizen.

What is the cost of MB classifications?

All companies applying for new or renewed MB Classifications pay a NON-REFUNDABLE processing fee based on gross annual sales.

What qualifies a company for MB classifications by the FSMSDC?

A company must meet the following requirements:

Both classifications are valid for one year and must be renewed each year.

How long will it take to become MB classified?

The Classifications process takes approximately 20–30 days to complete. Note: All applications must be complete, with documentation attached, when received by the FSMSDC for processing.

Am I required to answer every question in the application and provide the documentation requested?

NOTE: All incomplete applications submitted will not be reviewed and automatically deleted from the system after 10 days if documentation is not received.

What is an NAICS code?

A North American Industry Classification System (NAICS) code is a six-digit industry classification code developed jointly by the US, Canadian and Mexican governments. Businesses need these codes, which describe their revenue-producing lines of business, to:

How do I find my company’s NAICS code?

To determine your company’s NAICS code, visit www.census.gov/naics and enter a keyword into the 2017 NAICS Search box. Or, you can drill down through the 2017 NAICS structure in this table.

What is 8(a) Certification?

The Small Business Administration offers the 8(a) Certification Program to provide opportunities for qualifying small businesses seeking access to the government contracts marketplace. The 8(a) program positions your company for contracting opportunities with government agencies and major prime contractors in a wide variety of industries.

What is a Dun & Bradstreet Number?

The D&B D-U-N-S Number is a unique nine-digit identification sequence that corresponds to a single business entity. It also links corporate family structures together. D&B numbers are recognized, recommended and/or required by many industry and trade associations, government agencies and other large organization

Why am I required to submit the company’s most recent IRS business tax document?

The IRS business tax information is critical in validating a company’s business legitimacy and is kept confidential.

What is the best option for diverse companies looking to do business around the country?

National Minority Business Enterprise (MBE) certification is still the best option for diverse companies looking to do business with corporations and government agencies around the country. MBE certification is the only certification that allows for national business opportunities, advanced education and development programs, discounts to national events and networking opportunities with other diverse suppliers through the national MBE 2 MBE Database.

What is an MBE?

An MBE is a Minority Business Enterprise – a minority-owned, for-profit company that has been nationally certified in accordance with the guidelines of the National Minority Supplier Development Council (NMSDC).

MBEs are companies owned by United States citizens who are African-American, Latino-American, Native American, Asian-Pacific American or Asian-Indian American by birth and bloodline. Ownership by minority individuals means the business is at least 51% owned by such individuals or, in the case of a publicly-owned business, at least 51% of the stock is owned by one or more such individuals. The management and daily operations must be controlled by those minority group members.

The mission of the Florida State Minority Supplier Development Council (FSMSDC) is to link corporate and government members with Minority Business Enterprises to foster equity in business.

Since 1975, FSMSDC’s purpose has been to foster the development and success of minority-owned businesses throughout Florida. Central to our mission is the principle that networks and relationships among and between minority businesses and corporate and government buyers build businesses.